Enticing Pregnant Women in Liberia to Give Birth in Health Centers 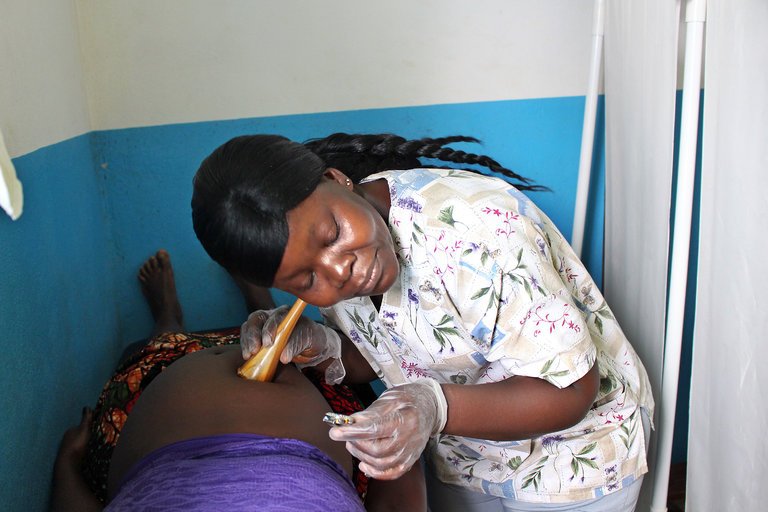 GANTA, Liberia — Evelyn Dolo saved a teenage girl’s life, but not out of good will alone, she admits.

A traditional birth attendant for more than 15 years in the small Liberian village of Zahmboyee, Ms. Dolo was summoned one night to help the teenage girl deliver her baby. Ms. Dolo rushed the girl to the nearest hospital, about 25 miles away, where she was immediately taken into surgery.

A cesarean section saved both her and her baby’s life, said Zlangbah Dahn, head of obstetrics and gynecology at Ganta United Methodist Hospital.

Ms. Dolo’s objectives in the case were twofold: She was racing to save the girl’s life, but she was also compelled to rush to the hospital under the rules of her village. Rather than deliver women’s babies at home, birth attendants in many villages are required to bring pregnant women to health centers or face penalties. In Ms. Dolo’s village, failure to comply would have meant a payment to the town elders of 5,000 Liberian dollars (about $50), a gallon of palm oil and a tub of cooked rice.

The local policy essentially forces women to give birth in health centers by threatening financial penalties — a practice aimed at curbing maternal deaths. In Liberia, 725 women die for every 100,000 live births — among the highest rates of maternal mortality in the world.