My Liberia: A Vacation Paradise 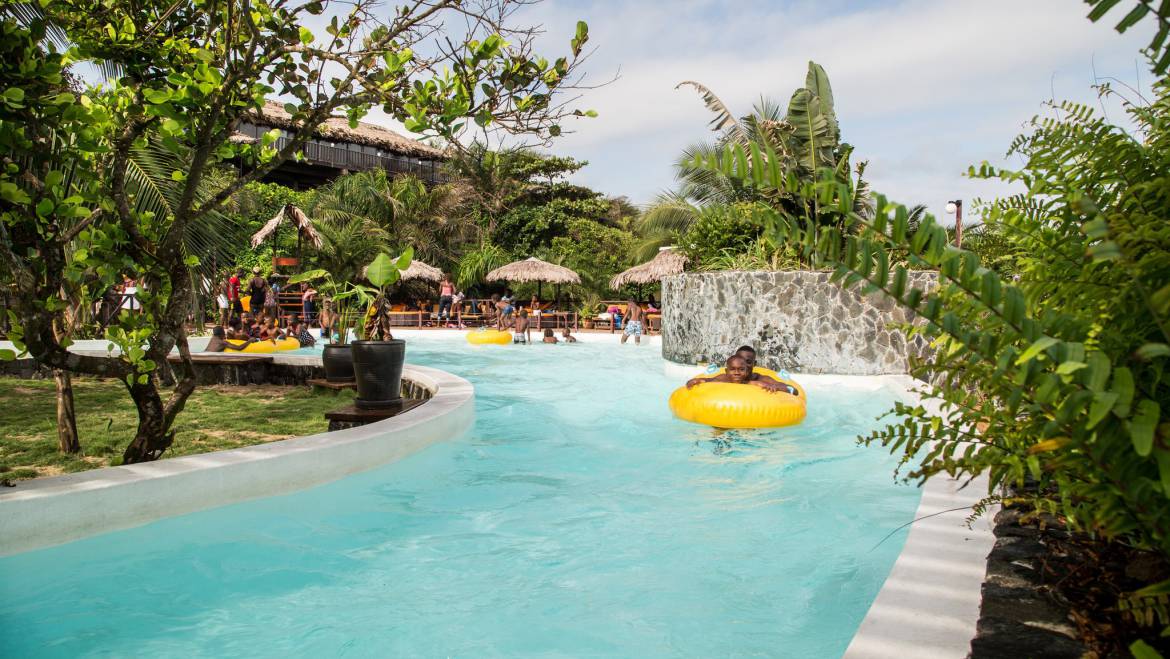 On the last day of my family’s big trip home to Liberia, the staff of Mamba Point Hotel threw an impromptu going away party for my 6-year-old nephew, Cooper.

The kid had already been spoiled shamelessly during our two-week stay. He had cleared Mamba Point’s sushi restaurant of all its edamame, and had devoured, by my count, more than 65 eggs, scrambled carefully for him every morning by the breakfast chef Leroy Blehsue, (one morning he consumed eight).

This was over the holidays, and the hotel was empty since tourists don’t go to Liberia. For Cooper, that meant a huge edifice to explore. He swam in the new pool. He explored the corners of the hotel-casino. He sprawled on the couch in the bar playing Minecraft on his mom’s iPad. He heckled the doormen by running in front of them to open doors for ladies as they came in, before saying between giggles: “I’m doing your job.”

I would not have blamed them if they had shooed him away. But they didn’t. “Hi, Cooper,” Edward Quad, the second-floor doorman said, grinning as Cooper invaded his turf.

In fact, “Hi, Cooper,” had become the refrain for my family’s big trip, and for all of my inner grumbling, I was ecstatic. This was the first time my entire family — from my mom to my two other nephews to my brother-in-law to my sisters all the way to Cooper, were all together back in Liberia, the land of my birth. Cooper had never before been to Africa and, let’s face it, Liberia is Africa on steroids.