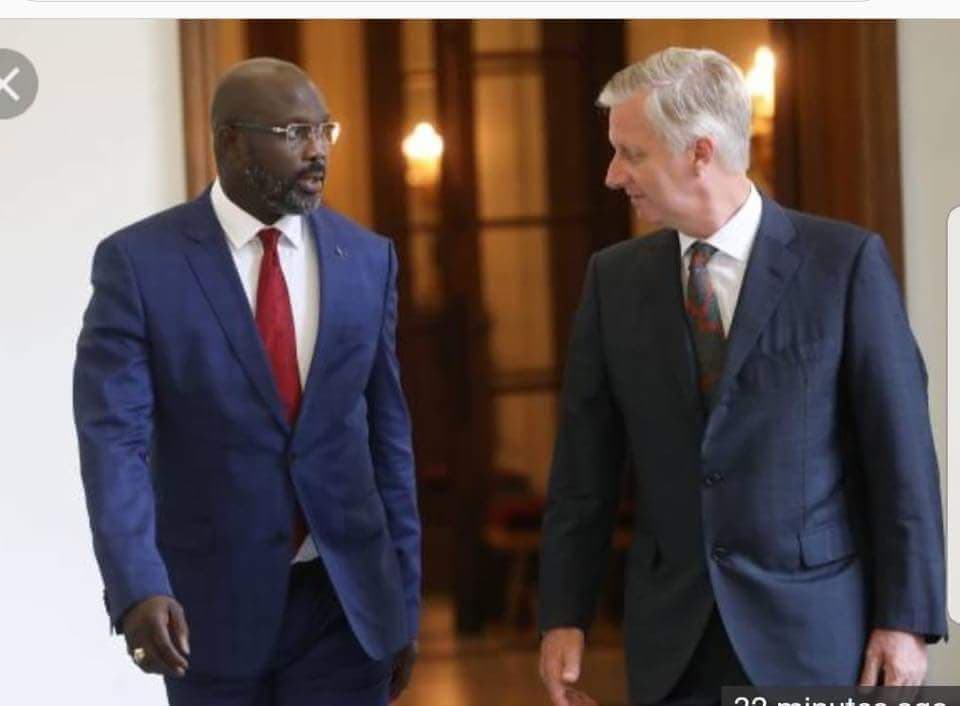 The Belgian regent, His Majesty King Philippe has assured President George Weah that his country will support Liberia’s development agenda with emphasis on Health, Education and Agriculture. The King gave the assurance when he received President Weah in audience today, Thursday, June 7, 2018 at the Royal Palace in Brussels.

The King cited the historic ties subsisting between Belgium and Liberia as the foundation for strong partnership in the key pillars for growth and development. King Philippe said Belgium will do more in supporting the aspirations of the Liberian people. He said Belgian private sector will also be nudged into investing in several sectors of the Liberian economy.

He thanked President Weah for his strong stance on Gender and Women’s rights and described the Liberian leader as a shining example of determination, humility and steadfastness.

Also speaking, President Weah lauded King Phillipe for the warm reception accorded the Liberian delegation throughout the visit to Brussels. He iterated his government’s focus on infrastructure development, education, health, agriculture and youth development. The President urged the King to lend his influence in promoting Liberia’s pro-poor development agenda.