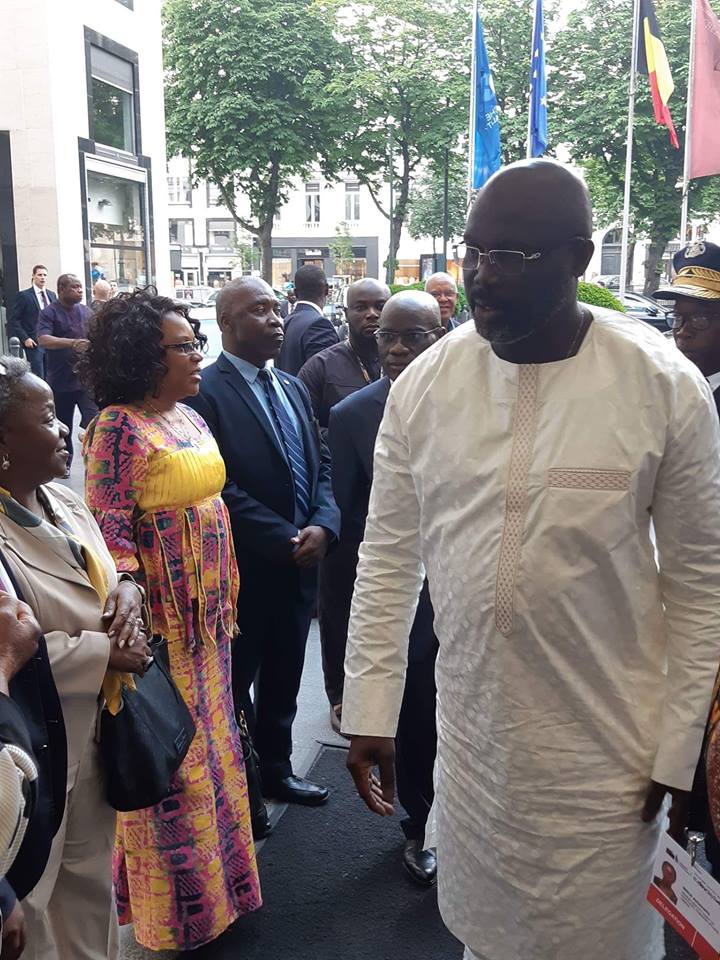 Brussels June 4, 2018 — The President of the Republic of Liberia, George Manneh Weah has arrived in Brussels, Belgium to address the 12th session of the European Development Day.

According to a Dispatch from Brussels, the Liberian leader will address the event at about 3:00 p.m. local time on Tuesday.

President Weah is expected to underscore Liberia’s progress in the economic development of women and girls which is a major pillow of this year’s theme “women and girl at the forefront of sustainable development: protect, empowerment, invest.”

Also, His Excellency will speak about the challenges that are associated with transitioning from a society like ours, where traditions and culture has assigned a role to woman, to a society of equal opportunity, protection of rights, integrity, investment in women and girls and equal empowerment.

While in Brussels, the President will hold discussions with His Royal Highness, King Philippe of Belgium, European President Jean–Claude Juncker, President of Commission Donald Tusk, and other high ranking officials of the European Union aim at fostering Liberia’s relationship with the European Union and the Kingdom of Belgium and garnering support for the government’s pro-poor development agenda.

While in Brussels, the President will meet with Liberian Diaspora at the Embassy of Liberia in Brussels.