H.E President George M.Weah on August 28th, 2021 constituted the National Steering Committee for the Bicentennial Celebration, marking 200 years since the first black American settlement under the ACS direction from the United States of America landed on the soil in 1822, which lead to the founding of the Republic of Liberia. According to the release, The Minister States for Presidential Affairs, Hon Nathaniel Falo Mcgill will Coordinate from the Office of the President, while the Ministry of Information, Cultural Affairs, And Tourism and the Ministry of Foreign Affairs serving as Chair of the Steering Committee. The Embassy of the Republic of Liberia to the Benelux countries and the European Union will shortly commence working with interest groups, The ACP Subcommittee on Political, Social, Humanitarian and Cultural Affairs, Africans, Diaspora Liberians, and as well as others wishing to Join this 200 Years Celebration aim at exploring the cultural heritage of Africa’s oldest independent nation that is rich with tourist attractions, ranging from, wildlife, Beaches, 617 Bird Species, remote and uncrowded surfs sports, tropical life, marine environment, and other historical sites during the one-year historical event… Jan- Dec 2022… In 2020, Liberia was ranked 8th by Forbes as one of the most attractive countries for world Tourism 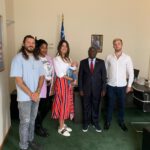 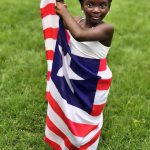