Brussels November 6th, 2020 — The Foreign Minister of the Republic of Liberia, Hon. Dee-Maxweel Saah Kemayah arrived in Brussels, Belgium for a one day working Session.

According to a Dispatch from Brussels, the Foreign Minister on his one day visit  met with several high ranking EU Officials, amongst which was  H.E Ambassador Koen Vervaeke, Managing Director, Managing Director of African Affairs at the European Extended Action Service (EEAS)  to discuss and reinforce Liberia’s effort to further promote Bilateralism and Multilateralism aimed at  strengthen Economic Cooperation, and maintain relations with the EU and its member states.

During the discussions, The Hon. Minister of Foreign Affairs expressed his gratitude to the EU for the partnership and extended H.E President George M. Weah highest esteemed and sentiments to the Presidents of the EU, H.E Charles Michel,  of the European Council and Madam Ursula Von Der, of the European Commission.

The Minister of Foreign Affairs discussion was centered around, the ongoing Post 2020 negotiations, Sustainable Economic growth, Technical Vocational Education and Training (TVET), Agriculture and fisheries, Migration and mobility, Peace and Security, Cooperative investment in Youth through market-responsive education by rolling out more vocational training, as well as possibilities for budgeting support  our upcoming Midterm elections.

Minister Kemeyah, further asserted that ripple effect of COVID-19 has seriously affected the economies of developing countries with Liberia of no exception. He noted that among various items on his roadmap which is keeping with President’s agenda, he intends to further build relations with EU through bilateral and multilateral engagements, reformed the Ministry of Foreign to accommodate current contemporary Diplomacy

It can be recalled that in February 2018, the EU programmed its Financial support to Liberia through the National Indicative Programme and the 11EDF for period 2018-2020 with KEY interventions aimed at responding to the government PRO-POOR AGENDA.

Minister Dee-Maxweel Saah Kemayah, however, recounted the existence of the partnership which goes back since 1975 when Liberia signed ACP-EU partnership in George Town which included areas of governance, freedom of speech, health infrastructure development, etc. The Minister also assured the EU of Liberia’s current efforts in resolving the issues concerning the Yellow-Card imposed by the EU on Liberia Maritime and fisheries.

For his part, The MD, Ambassador Koen Vervaeke, expressed his appreciation for the level of commitment and cooperation of the Government of Liberia towards multilateralism, he thanked the Hon Minister for the exchange and congratulated him for his recent appointment. He, however assured the Minister of the EU continuous engagement through a mutual partnership.

As part of the Visit, The Minister also meet with Diplomatic Officers and the General Staff at the Embassy in Brussels where he thanked them for their service to country and encourage them to work in the interest of the Country. 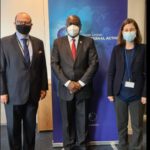 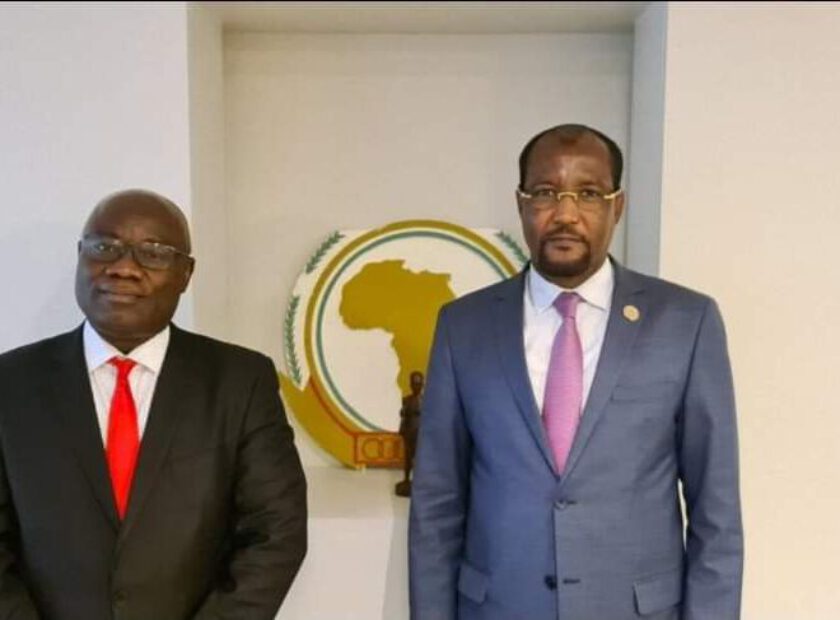